The culmination of nine months of intense work arrived in style last Friday (27th May 2022).

The Talos Art Foundry staff, and the artist Caroline Wallace, travelled to the Royal Military Academy at Sandhurst to see a particularly special unveiling – a sculpture of the Queen, on her favourite horse, to celebrate the Platinum Jubilee.

Usually a lorry turns up and takes away these large sculptures, and that’s it. But this time the team got to see the fruit of their considerable labour acknowledged and admired in a splendid setting.

They were in auspicious company – Prince Edward representing the Queen, the head of the British Army General Sir Mark Carleton-Smith, and the statue’s patron and Sandhurst alumini, prince of Bahrain Sheikh Nasser.

“I want to congratulate the sculptor and the foundry, I’m sure it’s been every bit as challenging a project as you can imagine,” said Prince Edward just before he uncovered the statue.

The Talos team, along with Chippenham-based firm FG Bond & Son who we’ve trusted many times to work with us to do a good job, spent a day installing the sculpture a couple of weeks before the unveiling.

Back in 2018, Sandhurst agreed to commission the statue in honour of Her Majesty and her long association with the academy. Sandhurst’s staff quartermaster Lt Col Rich Bredin worked closely with us and Caroline to produce a statue fit for a queen.

The life-size bronze was modelled on Her Majesty at Trooping the Colour in 1984 wearing the Grenadier Guards uniform, and the last time she rode Burmese. Not bearing to replace her beloved retired horse – who she rode for 18 years – she trooped the colour in a carriage in future years.

“It wouldn’t have happened without Team Talos. Everyone put in a huge amount of effort to get it perfect.” said William Nunneley, Caroline’s husband. “Rich Bredin’s tireless work along with the artistry and skill of Caroline Wallace, the sculptor, and the expertise of Talos Foundry, have brought this project from concept to reality,” said Maj Gen Duncan Capps, commander of Sandhurst.

Sheikh Nasser bin Hamad Al Khalifa is the fourth son of the King of Bahrain, Sheikh Hammad. Sheikh Nasser is an avid sportsman who started endurance horse racing in his country, where he serves as the commander of the royal guard. 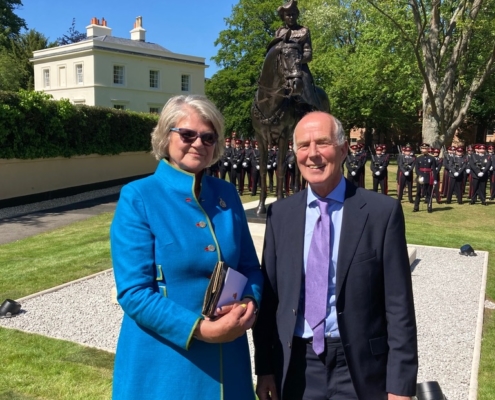 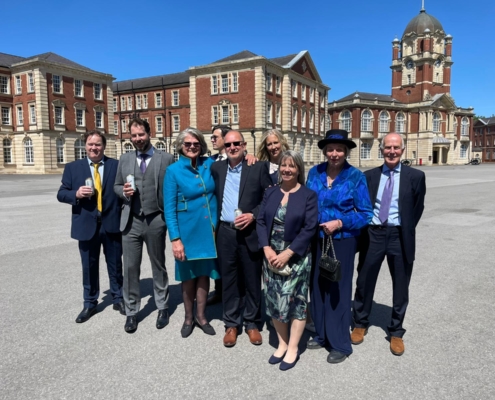 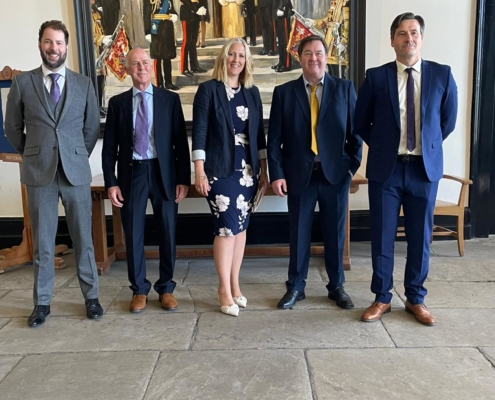 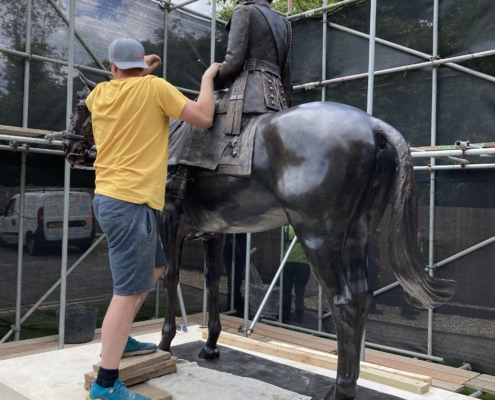 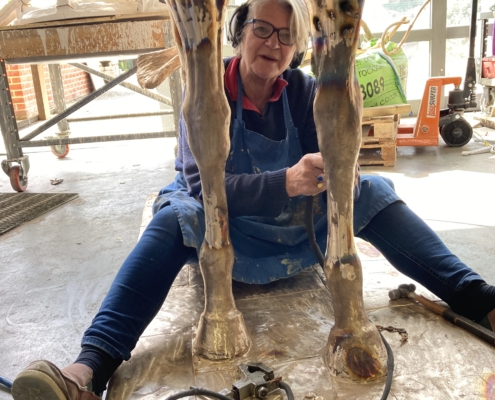 We've just posted a short video about the making o

RIP to the great jockey Lester Piggott who sadly p

A special day today for Talos, Richard from the fo

Making a statue fit for a Queen!
Scroll to top