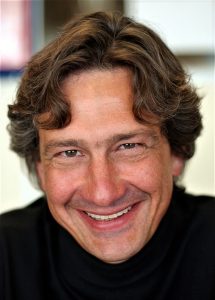 Adrian Flanagan sculpts African wildlife, British wildlife, birds of prey and marine life in clay, polymer clay, plastilin (wax/clay mix) and a variety of mixed media seeking to capture the essence of the subject through movement, expression and pose. His portfolio will expand to include figurative and abstract work. Adrian’s pieces are all limited editions of 12.

Adrian Flanagan was born in Nairobi, Kenya. He studied pre-clinical medicine at King’s College, London before completing a degree in Osteopathic Medicine where his particular interest in anatomy and biomechanics developed.

It was in 2005 that he eventually realised a childhood ambition of sailing singlehanded around the world setting off from the south coast of England on 28 October that year. His route took him south down the Atlantic, around Cape Horn, north up the Pacific Ocean, through the Bering Strait and along Russia’s Arctic coast. He returned to England on 21 May 2008 to complete the first ‘vertical’ solo circumnavigation.

As a sculptor, Adrian is completely self-taught. ‘I have always had a fascination with sculptural form and particularly in bronze as a medium. It was after sailing around the world, being immersed in the unbridled power of nature that I sensed a shift in my life’s priorities and decided to educate myself in sculptural art.’

‘While I have an idea of what I want to create with each piece at the outset, I wait for that moment when the sculpture begins to live, shaping movement, expression and spirit of it’s own accord. My job is to translate those desires to capture the essence of the subject, to let it tell its own story.’