World dressage champion Valegro met his half size replica in the centre of his home town of Newent, Gloucestershire, on 27 October.

Valegro, in his famous ‘perfect 10’ piaffe pose, was sculpted by Georgie Welch and moulded and cast by us under Georgie’s supervision.

“He’s captured in a piaffe which is the most difficult thing you can do in dressage. This is probably what Valegro is most famous for and regularly scored perfect 10s for. It’s a classic picture – it’s a 10 statue of a 10 horse,” said Olympic champion and co-owner Carl Hester. He and Charlotte Dujardin, Valegro’s rider, were both present at the unveiling.

Valegro, now age 18, won the heart of the nation after a championship career with individual Olympic golds and Grand Prix world records, which still stand, including a near perfect score of 94.03 percent.

Valegro retired at the 2016 Olympics, with a special ceremony.

To raise the money for the casting of the half-size sculpture, twelve maquettes, as pictured above, were sold and raffled.

A piece in Horse and Hounds magazine celebrated the unveiling of this equestrian icon.

Below are two films of the making of the sculpture, by Harveywetdog. 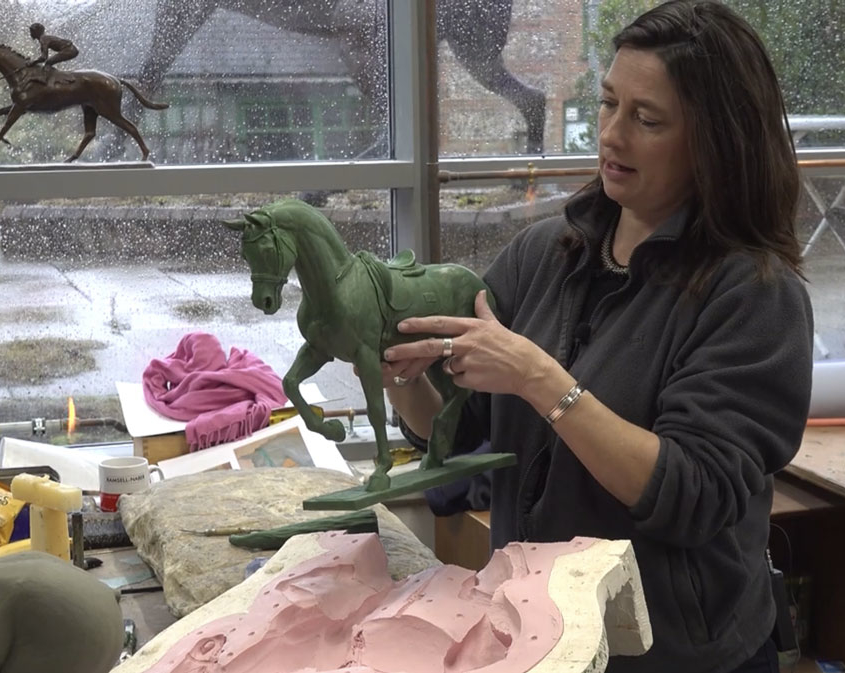 Just a handful of some of the incredible artwork w

Look at the lines on Taurus, cast by us in an edit

A team effort de-moulding a large wax recently for